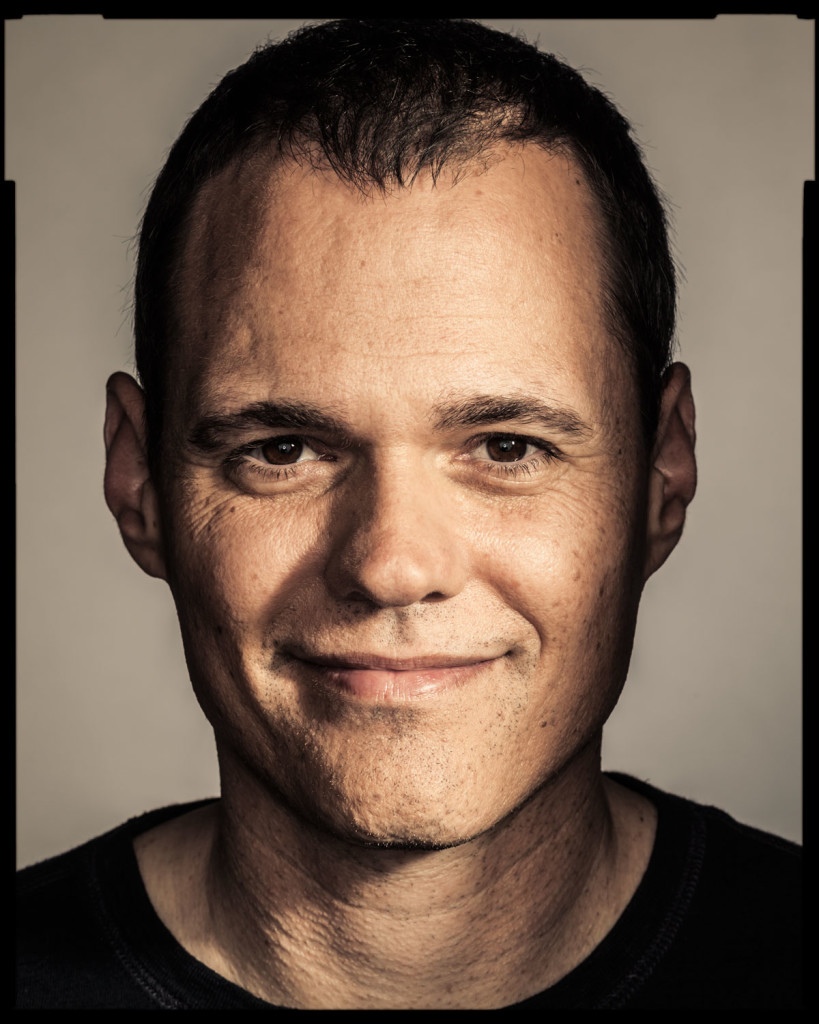 Another of this years line up shared stories about his work,career,and process for navigating the winding road artists must take in order to become a professional in such a creative,respected,and sought after career.  This is my interview with Christian Alzmann,a senior art director at Industrial Light & Magic.  For more about this artist visit their CTN Profile:   CLICK HERE

Can you first tell us where you are working now and how you landed there ?

I am a senior art director at Industrial Light & Magic. I've been in the art department here since '99 when I was offered a job during an on campus interview my last term at Art Center in Pasadena.

What was your path to Animation?  Were you always interested in animation or fine arts while you were growing up?

I'd say my path started after I saw Star Wars as a five year old. There wasn't a lot of imagery out at first and since I needed to see all of it I would draw a lot of it from memory. A little later, growing up in the 80s, there were so many great movies and stories including the late 80s resurgence of Disney animation. I loved all of it. The art books I studied from were the art of Star Wars, any make up or FX magazines, and Disney's The Illusion of Life.

I took a tour of Cal Arts while in high school and I have to admit I was scared off of taking art seriously for a while due to how expensive art school was. I tried studying everything else while attending junior college but eventually came back to art and then at that time had a look at Art Center College of design. By the skin of my teeth I was able to pay for it and I studied illustration there. I worked really hard, did well and grew as an artist.
When I was near graduation one of the portfolios I had was for animation. My plan was to work for Disney or Dreamworks, but ILM came to do on campus interviews so I signed up and I've been there ever since.
Where did your path lead you from there?
While at ILM I've been able to work on many film projects with a lot of my heroes. People I used to read about in the books I had as a kid. I've also had a chance to do magazine illustration, book covers and even work on an animated film at ILM called Rango. I've had work hanging in galleries and I've had a book of my work printed called Tales: The Art of Christian Alzmann. And that kid that loved Star Wars got to work on 2 of them and counting. So far so good. 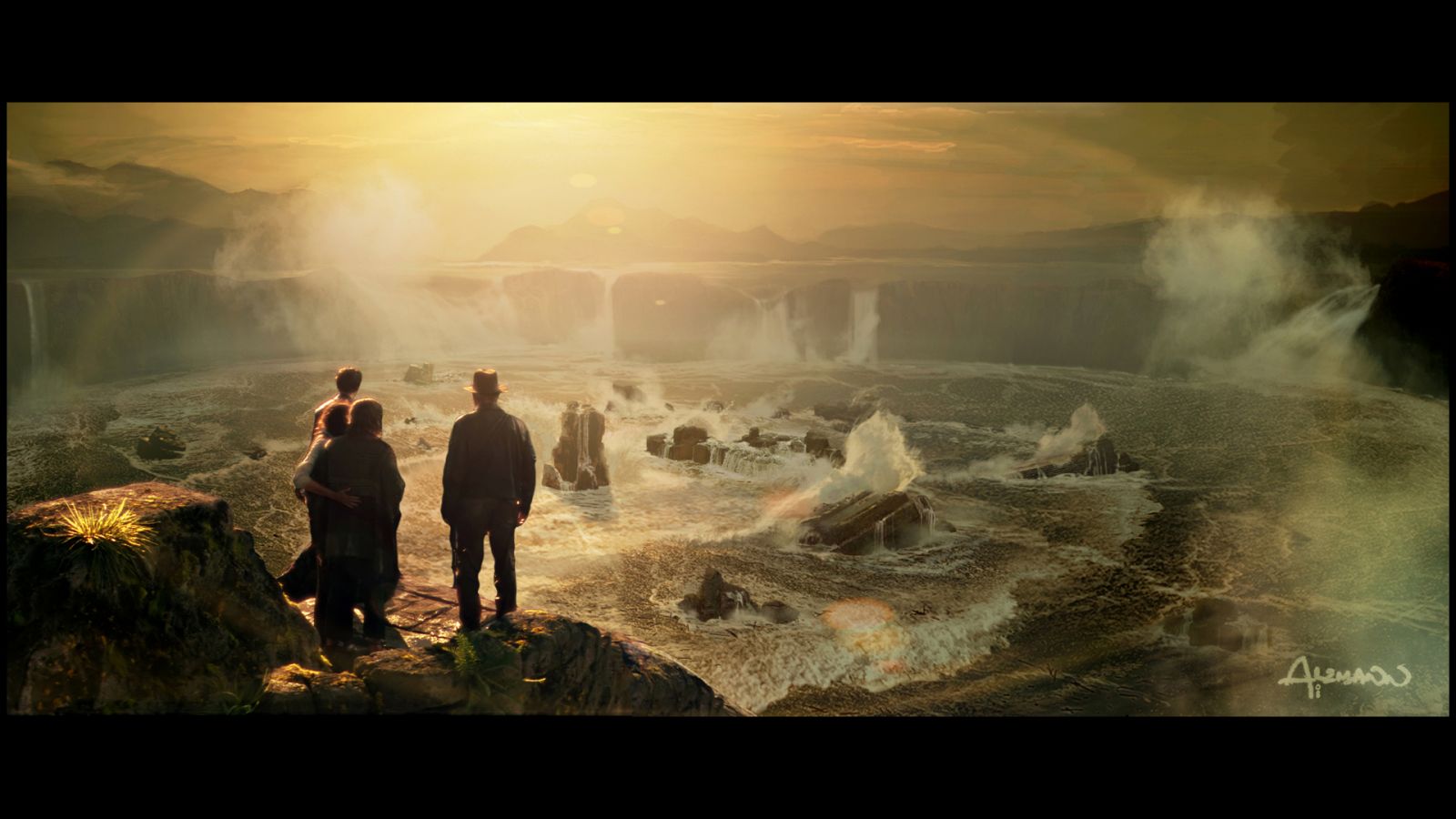 What were your artistic inspirations growing up and how did they change over time?
My first inspirations were Ralph McQuarrie, Joe Johnston, and Disney's nine old men. Through my later teens I looked at sci fi illustrators like Boris Vallejo, and Michael Whelan. At Art Center I learned about so many wonderful artists like Sargent, Mucha, NC Wyeth, Howard Pyle and Norman Rockwell. There are too many to name but the variety runs from the great Russian painters to many comic book artists.
How did you get involved with CTN and what have you found CTN brings to you as an artist?
I've known about CTN for years but have never been able to attend. I have a lot of friends who have exhibited and have always told me it was a great experience.
As a working professional we're often, working squirreled away somewhere dark working on a computer. It'll be great to meet a lot of other working artists, students and hopefully some of my animation heroes as well. I’m sure I'll leave CTN very creatively inspired and looking forward to next year. 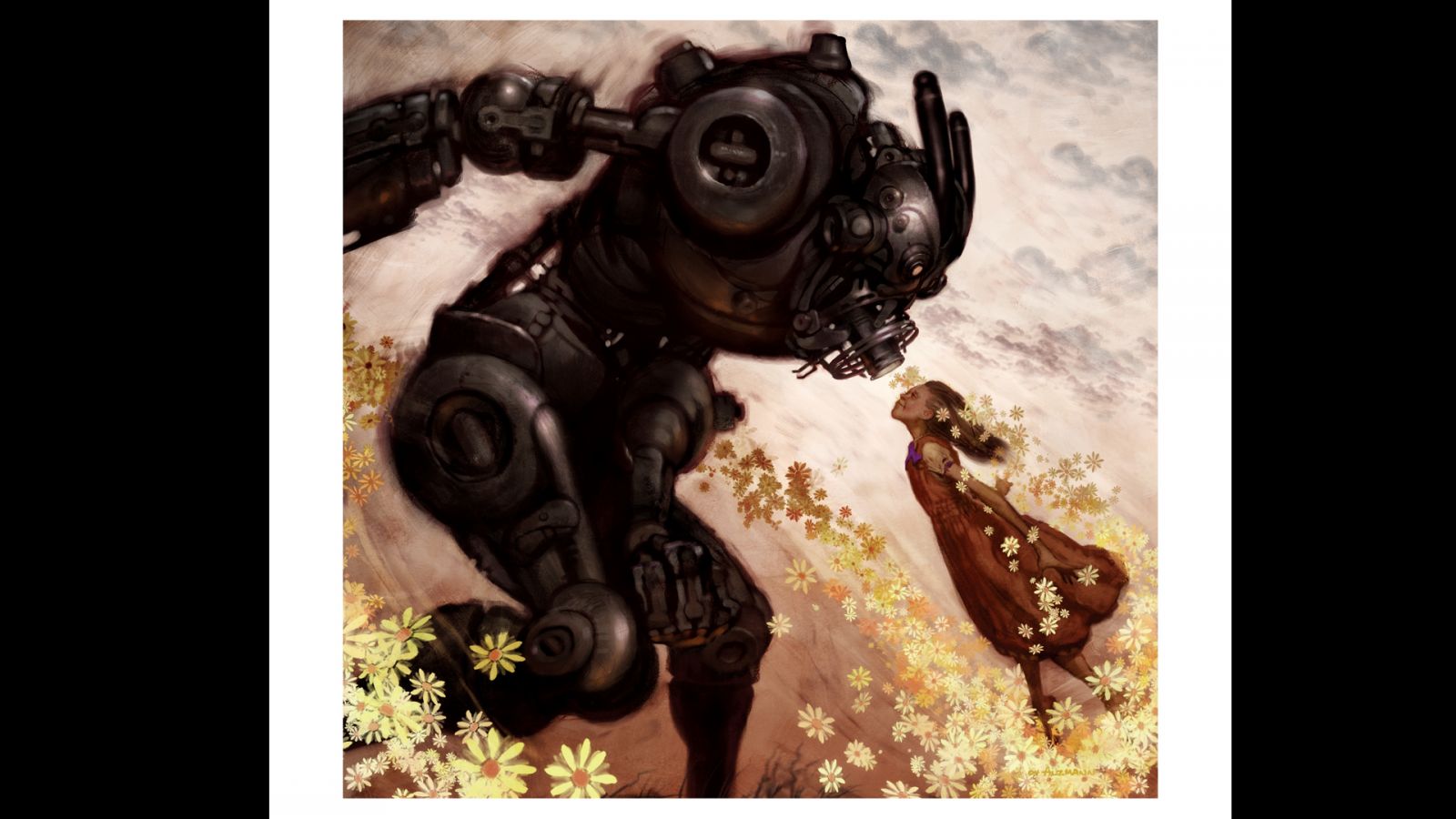 Are there things about the industry that CTN has helped open up?
I think what conventions like this do is bring a community of like-minded artists together. From fans, students and pros it's a crowd of people with similar passions. For students they can get answers to questions on animation right from the front lines and working pros can meet and share with their colleagues. It's invaluable. 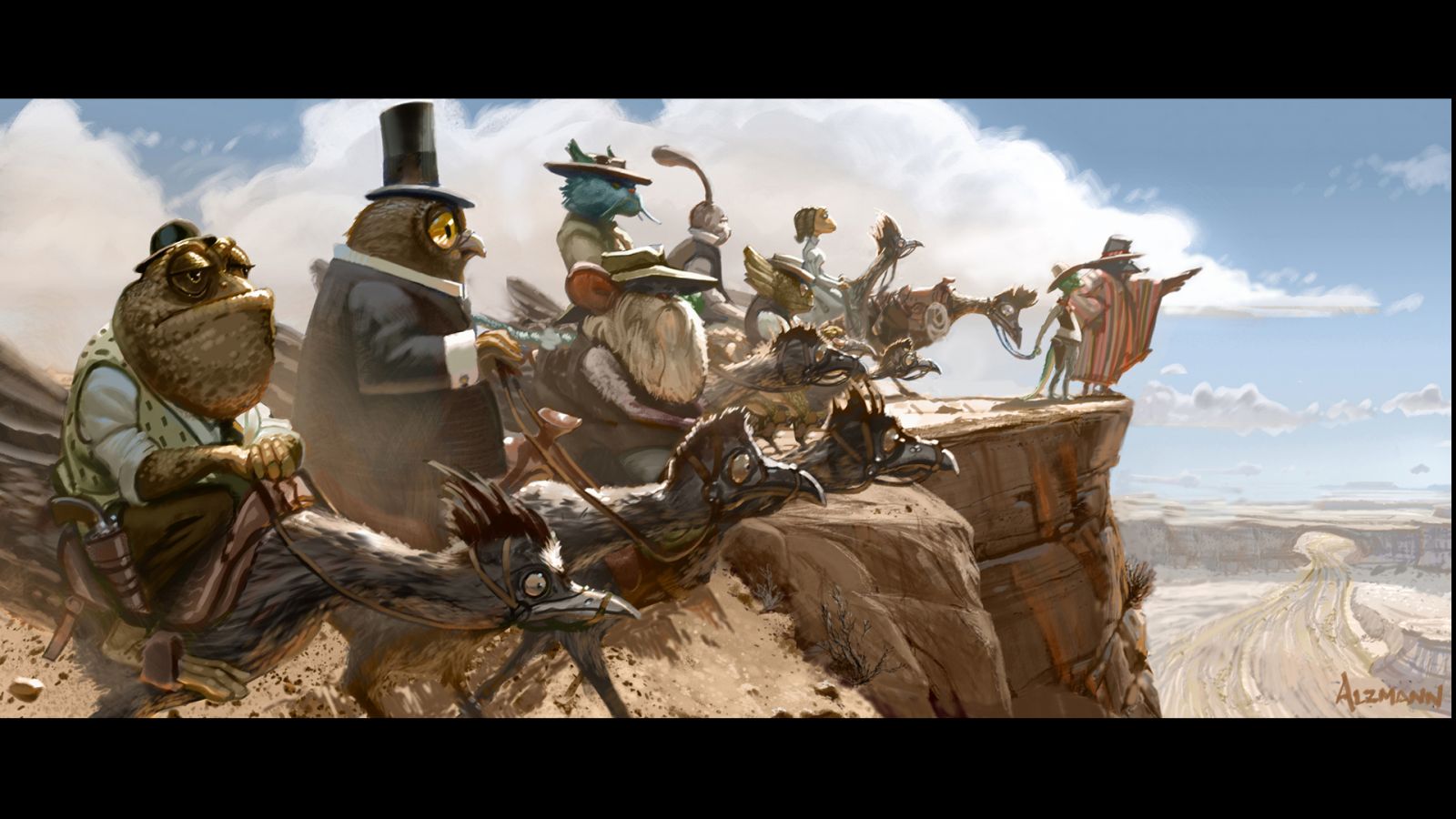 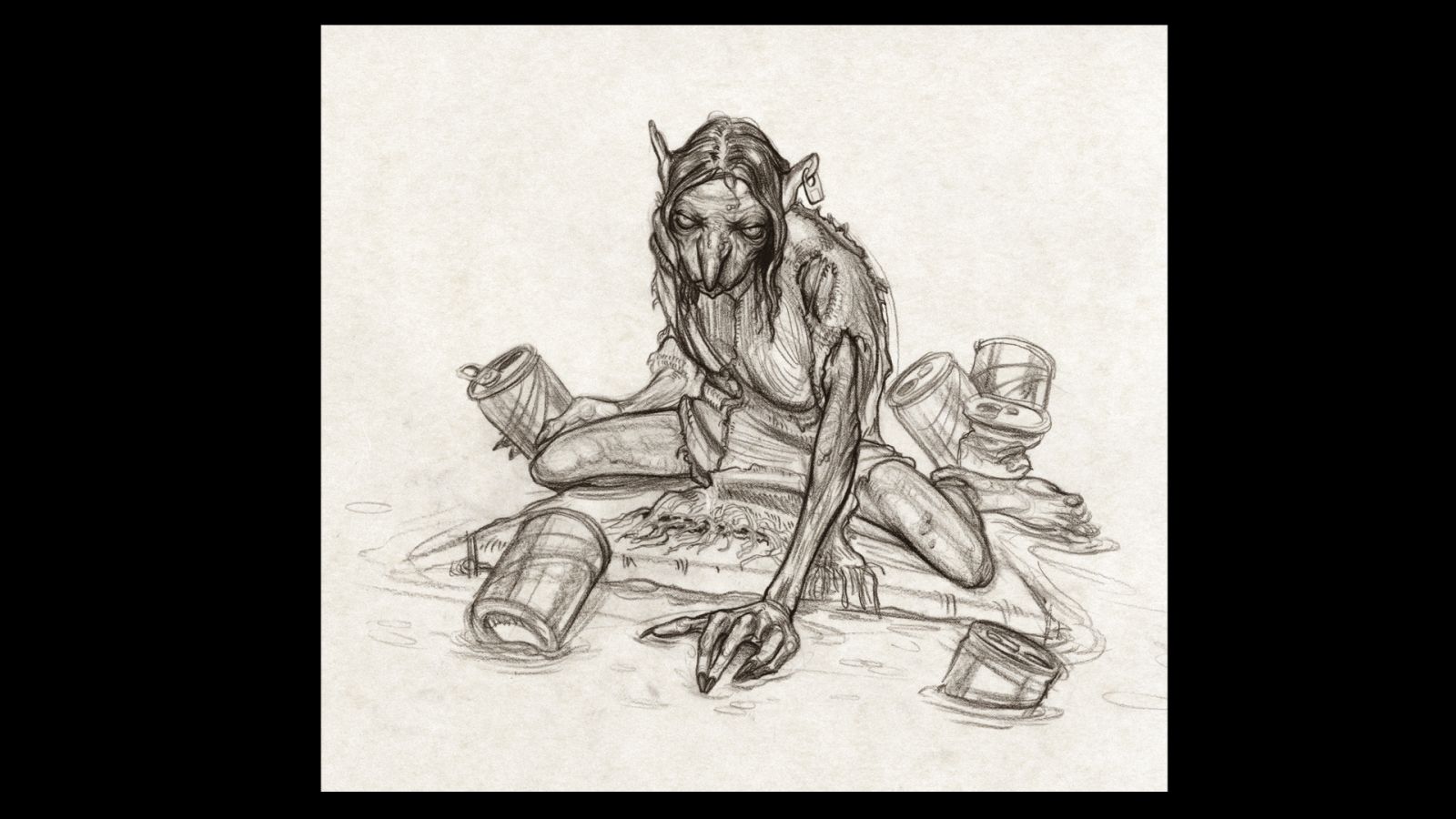 What are you working on now that we may see at CTN?
Unfortunately I won't be able to show what I'm working on now at this CTN. That will have to wait until December 18th, but I can show many of the other film projects I've worked on at ILM like concepts from the Terminator, Indiana Jones and Star Trek franchises. 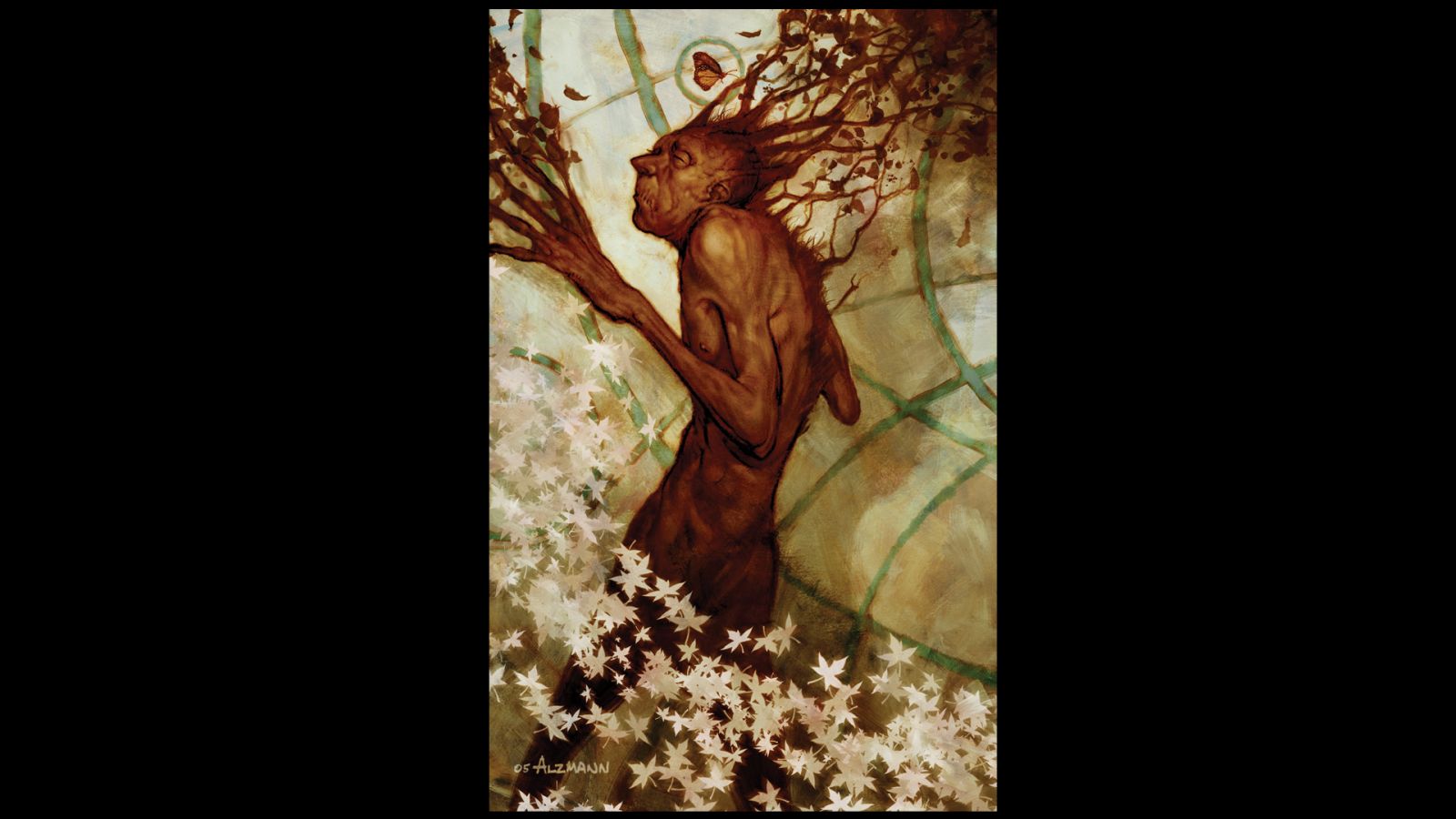 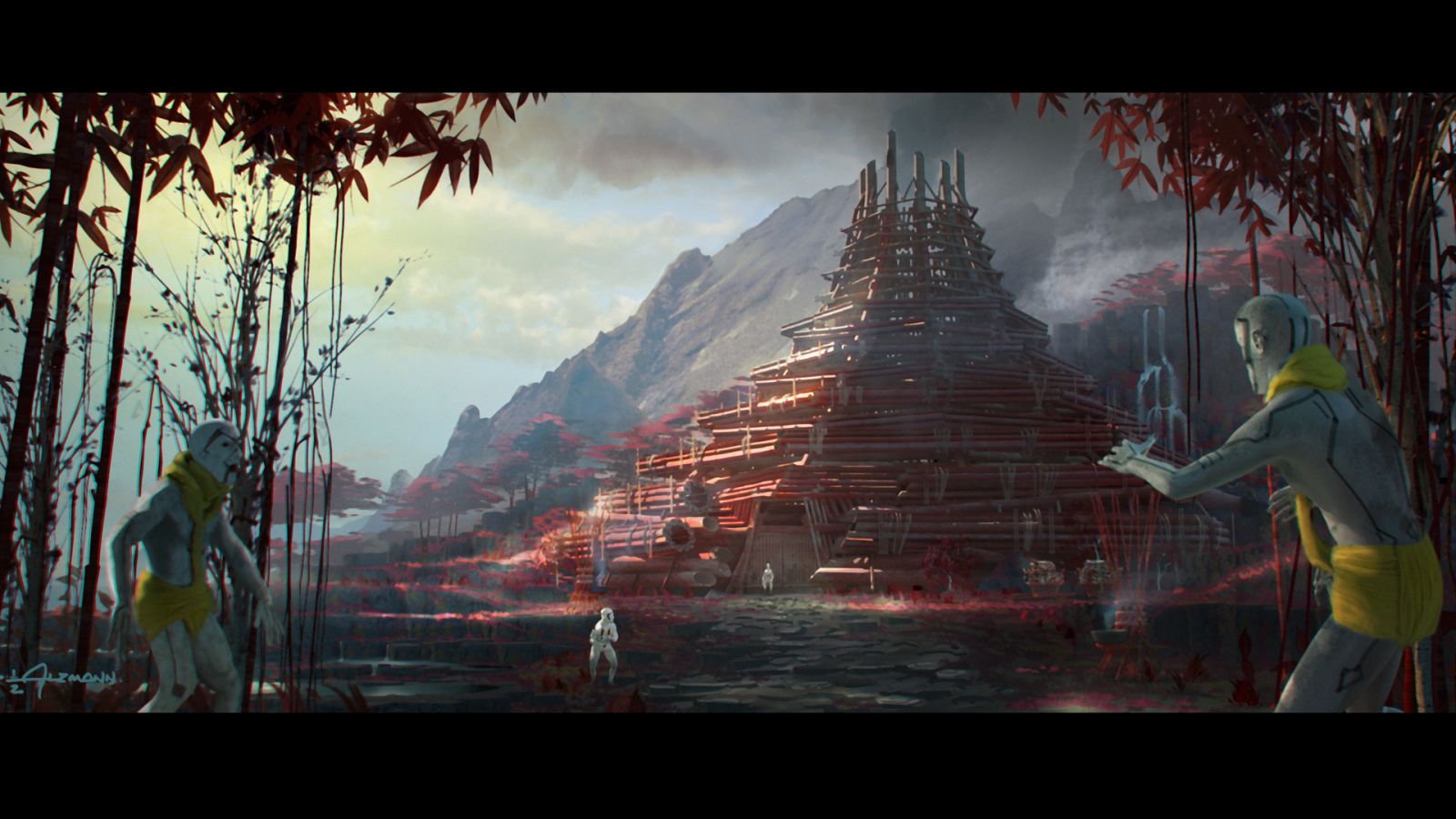 For this piece from Star Trek: Into Darkness I started with a very rough sketch. Usually some thumbnails on post it notes or scribbles in a sketchbook to get a rough idea of composition and an idea for the pieces I'll need to build the image.
I built the temple in 3d using Modo. What's helpful about designing in 3d is figuring out how your design will work at many angles. Also in the VFX world I can then pass my model off to ILM's CG artists to get them started on the real thing, where if time permits, they'll improve upon it. In the grand scheme of things it can be a good time saver for the project if you end up doing multiple pieces with a particular design element in them. A lot of the work is done for you once you've built that model.
I then built some really rough terrain and pick an angle using a camera in modo. I may or may not use one of my thumbnails for the final composition.  I use pretty simple textures, materials and lighting to render the rough scene. Lighting being the most important part of that.  Even when you're hand painting something it's important to plan your lighting direction and stick with it.
Once I have the render it's a matter of using bits of photo reference and paint to bring it together. I think I made a leaf brush in Photoshop for the foreground bamboo leaves and cobbled the alien natives together with bits of reference photos spliced over poses that I painted in Photoshop. The last part of the process contains color and exposure balancing and of the little paint adjustments that bring it to a final image.
Interview by Heather M. Shepherd