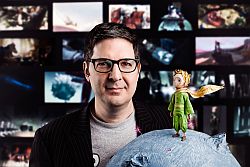 This is my interview with Mark Osborne, a veteran of CTN who just completed adapting the French classic Le Petit Prince.  For more about this artist visit their CTN Profile:   CLICK HERE

I just finished the epic task of adapting the classic French children’s story Le Petit Prince for the big screen, the first time ever this has been done in the 70 years plus of publication of the amazing story. The book has been translated into over 260 different languages, and not the movie we have made of this book is being released throughout the world in 2015 and 2016.  I was asked to adapt this story based on the strength of my previous works Kung Fu Panda and my short film MORE. It was incredible honor to be asked to pay tribute to this wonderful and very powerful material.

What was your path to Animation(meaning childhood beginnings and through later years explaining how you became a professional)? Were you always interested in animation or fine arts growing up?

I fell in love with film with Star Wars at age 7, and from there my imagination expanded exponentially. I was always interested in various forms of art and storytelling, I was practicing in a variety of media until I discovered animation as a place where I could combine everything. One I discovered the endless expressionistic possibilities of animation, I was hooked.

I studied Experimental Animation at Cal Arts and made my first animated film GREENER. This launched my career playing at many film festivals worldwide and winning awards and getting me noticed.

I was inspired by all sorts of film and animation like Star Wars, Terry Gilliam, Martin Scorsese, Kubrick, the Coen Brothers, Aardman, The Quay Brothers, Jan Svankmeyer, Bladerunner, the early MTV work of Henry Sellick, the Sledgehammer music video, Pee Wee's Playhouse, and many, many others. Additionally, I was greatly inspired by artists like Bocconni, Klimpt, Schiele, Moebius and Paul Klee. Over time, as I my experience expanded more I discovered and was greatly inspired by the work of Wes Anderson, Spike Jonze, the films of Miyazaki, Iron Giant, the comics of Chris Ware and so many others!

I attended CTN when I was living in Los Angeles, and I found it an incredible meeting place for creative's. The panels were incredibly inspiring, and I loved getting first hand info about the life and work of artists I admired. It was a great meeting place, I remember having dinner with Jamie Caliri many years back discussing with him my potential adaptation of The Little Prince (which we ended up making together!). I also met one of my hero's Moebius at CTN, which was an incredible honor.

I think it has created dialog, offered opportunities for connections and generally fostered enthusiasm for the industry as a whole. It gives us all a great chance to get together and share our work and lives as artists, which is incredibly helpful.

The Little Prince, there will be two panels about the making of the film, which will be out in theaters in the first half of 2016!!  My panel on The Little Prince will really be a step by step process that shows how I went from the book to the final movie

What was it like to adapt in a classic that has such depp meaning to so many?

Adapting a classic work of literature is absolutely a daunting task. You cannot avoid facing the risk of betraying the world that is created inside the imagination of every reader.  With the classic book The Little Prince, the risks are even greater because each time someone reads the book, it connects with them on such a deeply personal and emotional level. That is precisely why I decided that the film should not be just a straight translation of the text of the book itself, but an adaptation of the emotional experience that one can have with the book, and a tribute to the way the story can affect us and the relationships around us. I personally knew the power of the book because it affected me greatly 25 years ago when the love of my life first gave it to me. It became a part of my life, a part of our relationship, and created a strong emotional link between us. This is precisely why I wanted to be careful with it, I knew first hand of the amazing power of the story. So that is why I decided that the cinematic experience of The Little Prince needed to not only contain the book, but it also it needed to contain a larger story to wrap around the book, born out of the book, one that would pay tribute to and celebrate the true magic of that book at the same time. 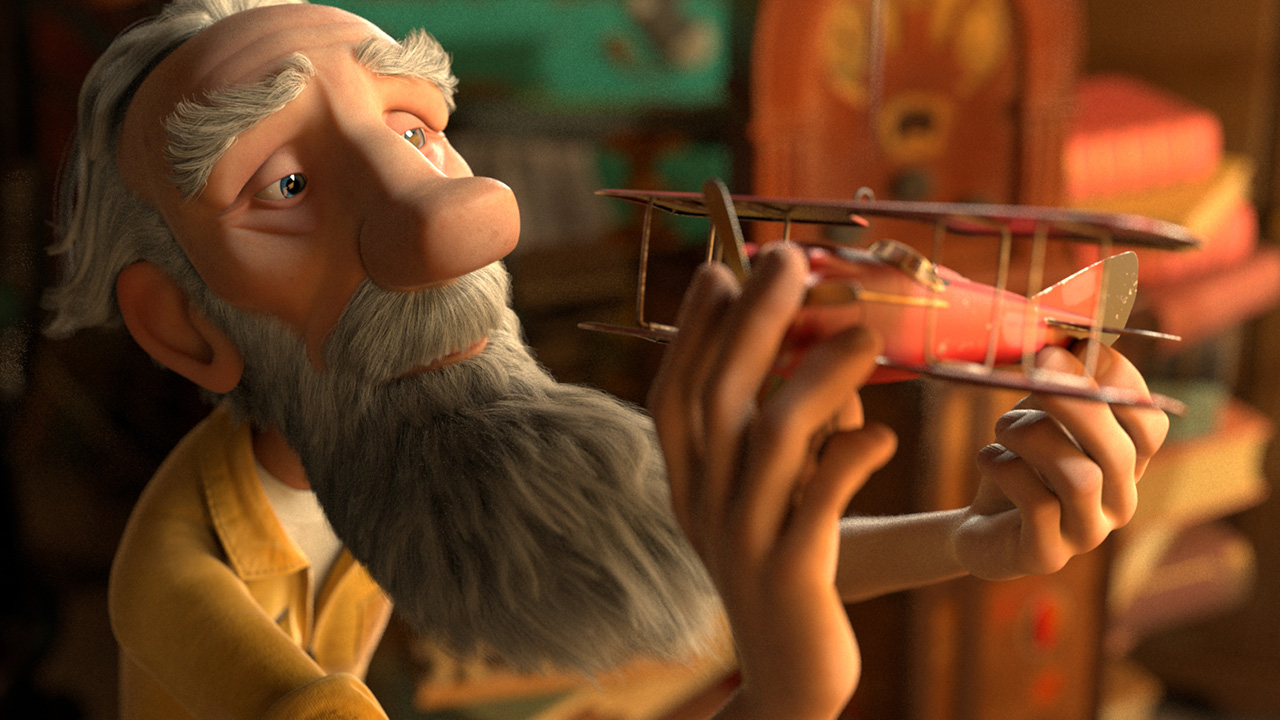 Therefore, the movie is about a very special persona and how the story of the Little Prince affects that person's life. In the movie, we meet an older version of the book's narrator, an Old Aviator that tells the amazing fantastical story of his experience meeting the Little Prince in the desert. He tells this story to a nine-year-old Little Girl. But this isn't just any little girl, she is only nine, but she is practically a grown-up. As the Aviator says, the world has gotten too grown up, and so this little girl has never had a chance to have a childhood. When she hears the story, it inspires her greatly, and helps her not only to discover her imagination, but it helps her understand what it truly means to be a child. Ultimately the story is revealed to be about the power of imagination, the importance of friendships, the value of love (and how it is deeply connected with loss) and what it means to be a child, and a grown-up all at the same time. The movie contains the story from the book, but so much more. It is about how the story of the Little Prince can affect you deeply, helping you to stay young, while teaching you how to be good at growing old. And since the power of the book is increased greatly when it is shared with someone who is significant to you, the story is ultimately about that too—about how important it is to share this story. And so it is the hope of all the makers of this film that it will be shared by all ages, just like the book. Not just children, but the children that we once were. For as the author of the original book Antoine de Saint-Exupéry wrote, "All grown ups were once children, though few of the remember it." This movie hopes to bring back that memory in a very significant way, no matter what age you are. 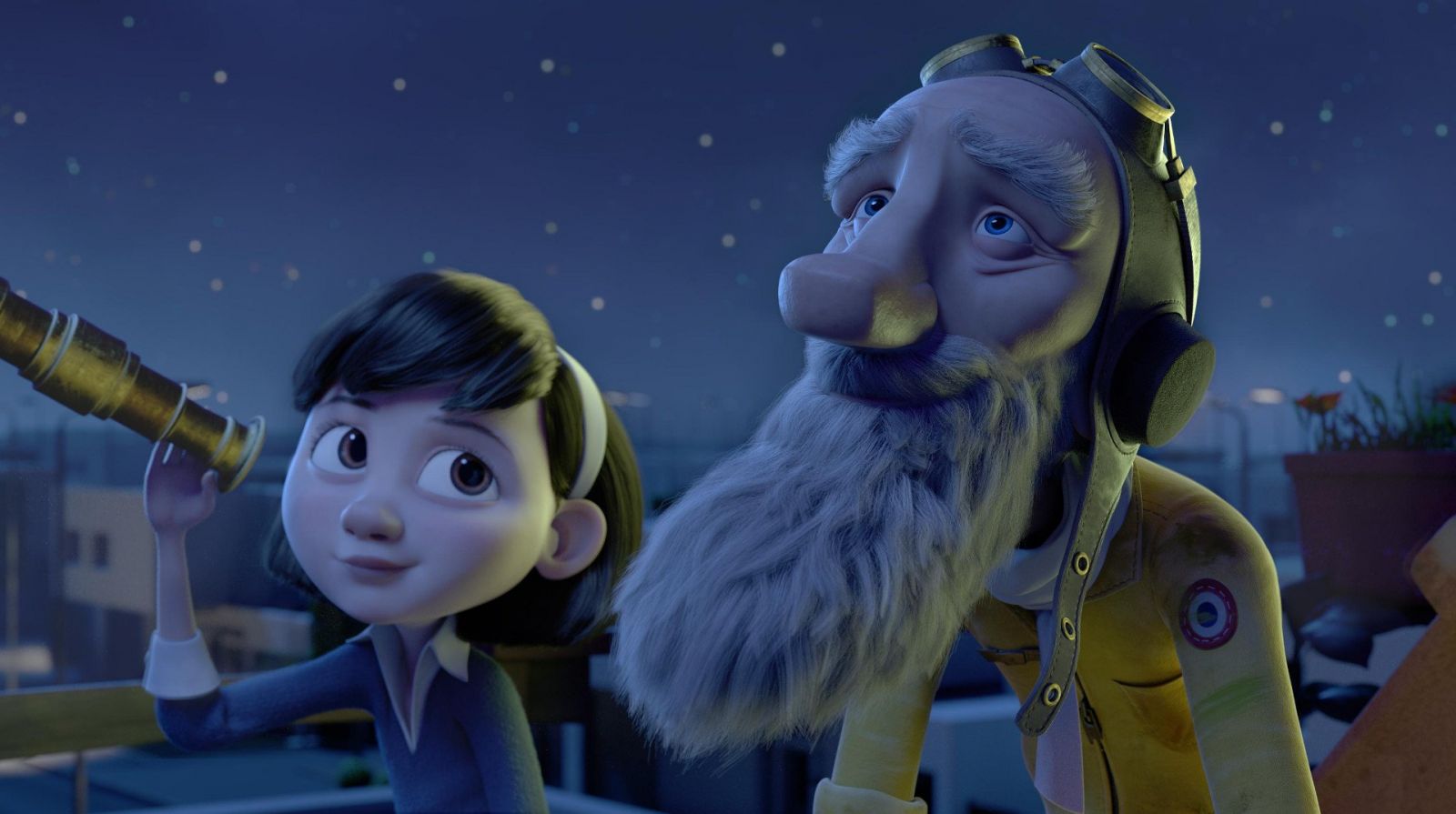 What's the fil rouge of the movie? How did you pick the parts of the book you wanted to tell and how did you choose to leave out other chapters?

Any adaptation of a great written work must make some choices about how to best feature the soul of the material. I decided that the movie I wanted to make was really about the power of the book, and not so much a straight depiction of every word on every page.  I wanted to show how the book can get inside of us, and affect us, and change the course of our lives. To do this, I created a very significant relationship that develops around the sharing of the book. Since we all have our own experience of the book, I wanted our main character to also have her own singular interpretation of the book. So the parts of the book we feature in the film are the parts that are speak to her and are deeply meaningful in her life. She gravitates towards the parts of the story that are the lessons in her life that she needs the most to learn. As filmmakers, we chose only chose only the aspects of the book that were meaningful to her, and were going to help us tell her singular story.

What is your first or most meaningful memory related to the book?

I was given the book more than 25 years ago, by my girlfriend in college. Our relationship was strong, but I was moving to California to study animation and I didn't want to leave her. She gave me her copy of the book to keep us together to keep us close, and it did. We are now married with two children.

Some of the animation movies we've recently seen, like Le petit prince or Inside out seem to address a very wide audience; do you have a specific target in mind when you think of a movie project?

When I am telling a story, I try not to aim at a certain age group. I am trying to make something entertaining on many levels, something that is emotionally honest and relevant, but most of all I am looking to create a shared human experience that can be felt no matter what age you are. Like the book, I hope the film resonates to all ages, and can be something that means something different to us every time we experience it.