This is artist Toby Froud, a veteran of CTN. Toby Froud is a character artist currently working at Laika.  For more about this artist visit their CTN Profile:  CLICK HERE

I’m currently working at Laika, the stop-motion animation studio, responsible for Coraline,Paranorman, and the Boxtrolls.  I had just moved to Portland OR, when I found out about Laika and it’s the first time I’ve worked in Stop-motion. I came from Live-action and theatre before that.

I have grown up loving the art from a very young age, watching JanSvankmajer’s “Alice”. Until now I had never been apart of that form of puppetry. Building or fabricating things from found objects always fascinated me; I was always taking things apart to put together in different ways. As a Sculptor in the Puppet Department at Laika, I am fortunate to get to work along side some truly amazing artists, it really is a team effort. We all work hard to solve the very unique problems that each character presents. I think that has to be the most rewarding part about it.  Stop-motion has to be a passion. It’s amazing to see it come together and the end result, but its a lot of hard work to get there, I still find myself amazed every time we build new things from the wild characters that will be brought to life on screen to the tiniest of props placed on beautiful sets. Outside of Laika, I formed my own company Stirpey Pajama Productions when I created my own short film, I now build Puppets and working on new projects. 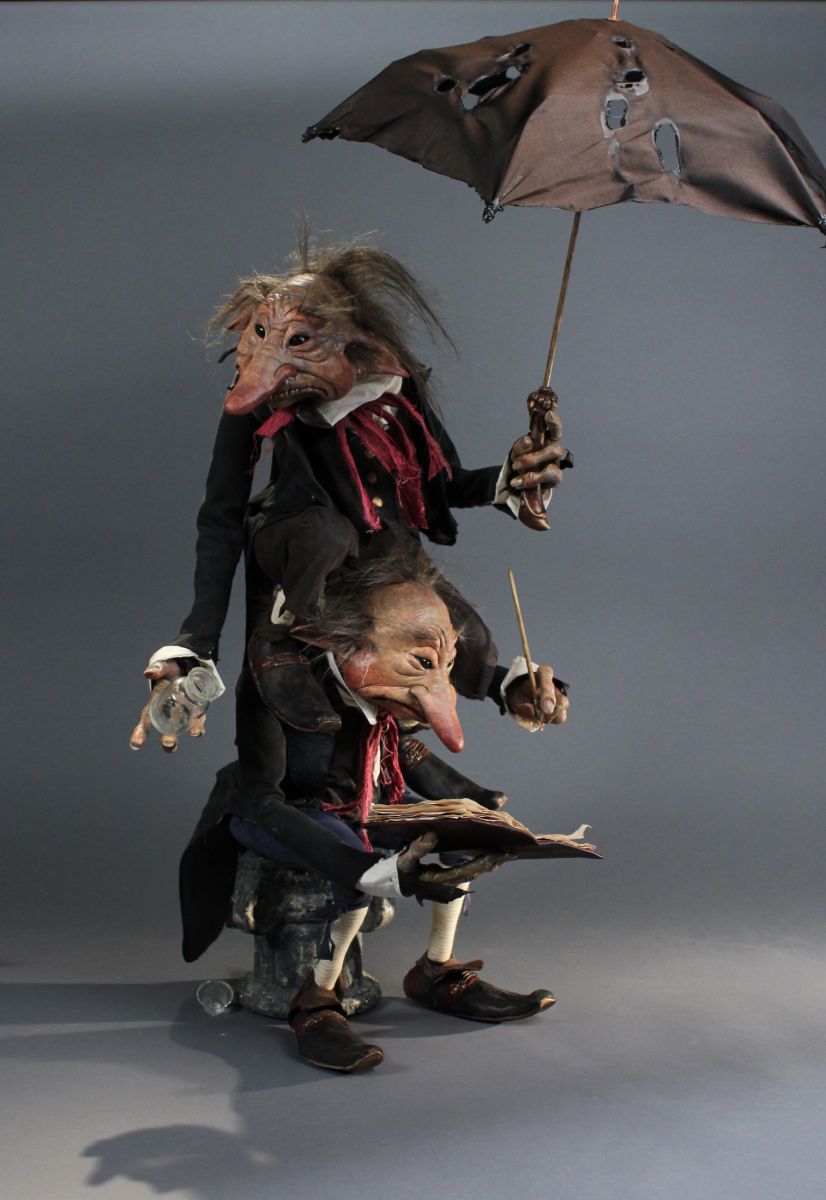 Were you always interested in animation or fine arts while you were growing up?

I was exposed to film at a young age.  My parents worked with Jim Henson, My father Brian Froud, designed the Dark Crystal and the Labyrinth. My Mother Wendy Froudwas a sculptor and builder on both of the movies. She was also part of the Team that created Yoda for the Empire Strikes Back. I start out as the Baby who's stolen by the Goblin King in the Labyrinth. I grew up after that with a passion for puppets, I started building them at the dinner table with my mother and went on to start building my own growing up. After following Art class through school, I went to Wimbledon School of Art for a BA in Technical Arts and Special Effects. With the opportunities to intern with the Weta Workshop, and Henson’s, those experiences gave me an amazing view into the world I wanted to work in. I had always been fascinated by the world of animation and never really getting to be apart of that until Laika, which for me has blended both the puppet and animation worlds wonderfully. I have gone on to create puppets for different productions, also creating and directing my own short film Lessons Learned. A glimpse into the World as I see it and still resonating the old films from the Henson’s.

My artistic inspirations certainly come from My Father Brian Froud The world he created is what I grew up taking as normal, I could never understand why the world didn’t see it all in the same way.  Alan Lee, Arthur Rackham, Bernie Wrightson, Leonardo Da Vinci, Michangelo and Tim Burton were also some of the many influences I would draw upon for inspiration.  I think as I grew up my influences didn’t necessarily change but expanded to wider areas in some ways, in other arts, just knowing that’s not what I’m interested in. I’m only truly happy when I’m working, I love to create and build. Puppets for me are a wonderful art form; you’re not only creating a piece of art your creating a character that comes to life in front of your eyes.

Whether I’m creating a static art piece or a Puppet for a film. I’ll use a variety of different material, from polymer clay to foam latex, leather to plastics. When I’m working on a piece I tend to sculpt the features or the parts that are needed and then fabricate around though I keep all the elements pretty raw, unpainted until I’ve 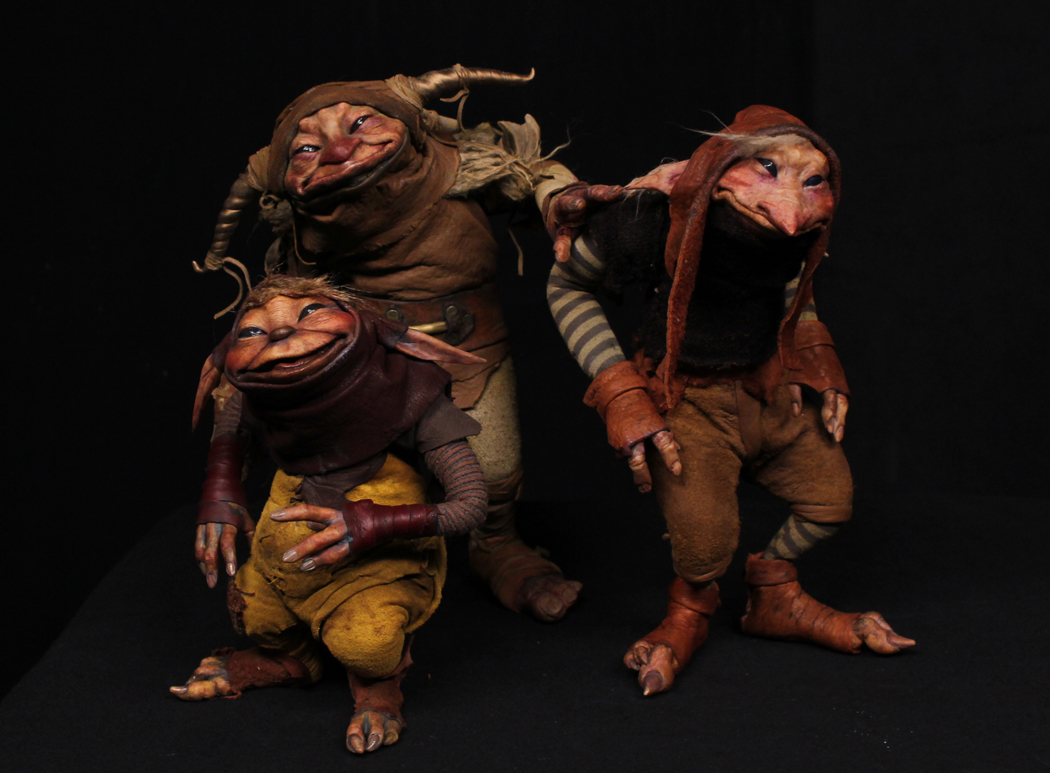 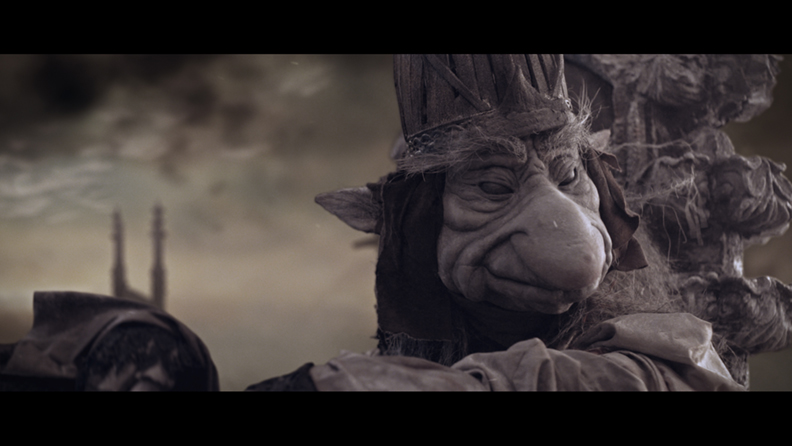 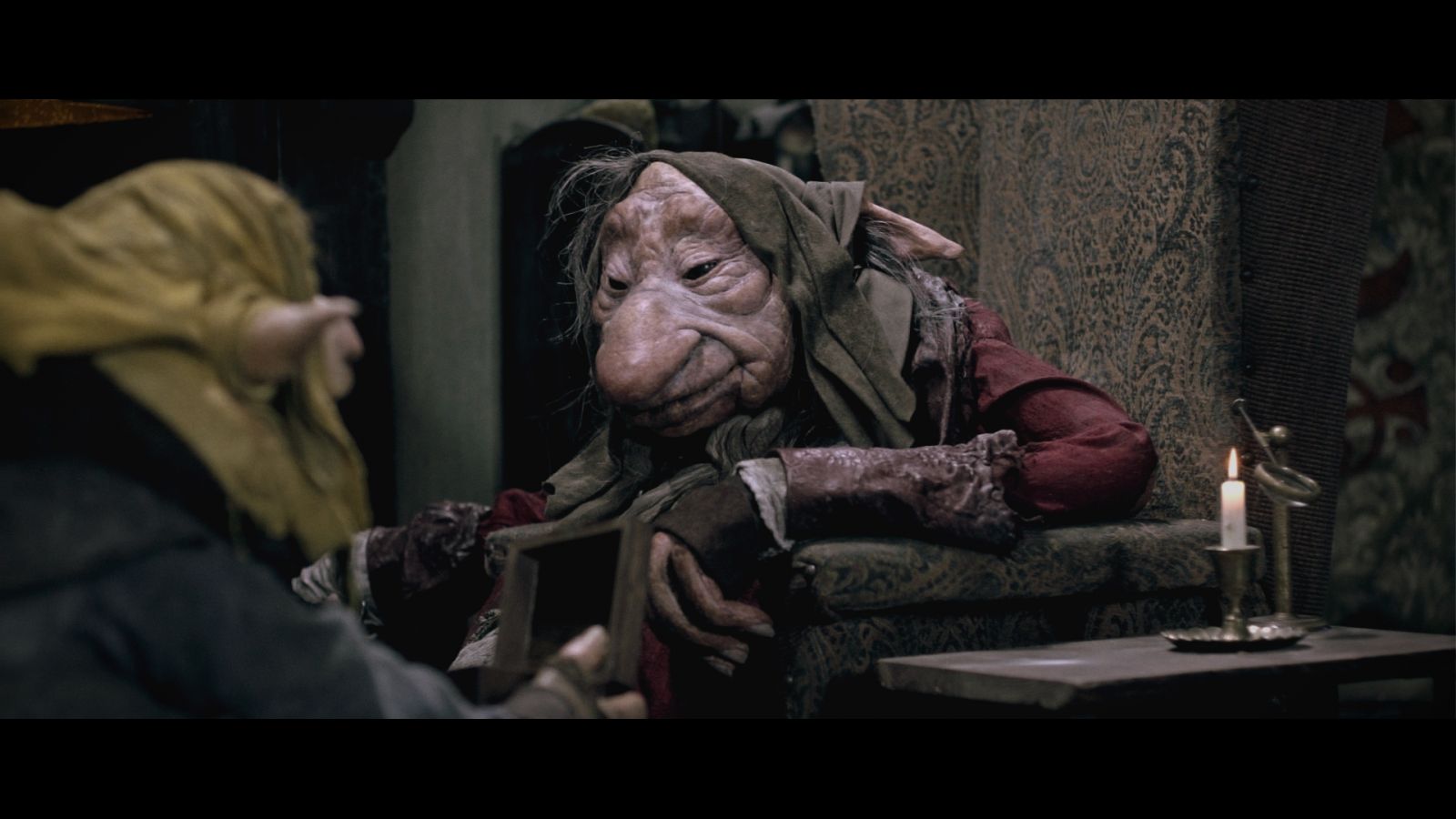 at least placed all the parts together and the character is starting to come though.  This way it tends to feel like a 3-D canvas that I can paint, I like to paint in a lot of layers of acrylic, building colors, and Depth. I’m not very afraid of pushing that to far. I like to try out different ideas on pieces, sort of push myself to the “Did I mess this up moment” I know I can move in a different direction if needed but it’s was good to push the limit of your comfort in your art. The tactile quality is always something I like to think about. You want the character your creating to feel lived in and feel alive in front of you, as if it’s just frozen in time, but could carry on at any moment.

What have you found CTN brings to you as an artist?

This is my first time joining CTN, I’ve heard wonderful things about the event and I’m looking forward to interacting with all the artists, and attendees. 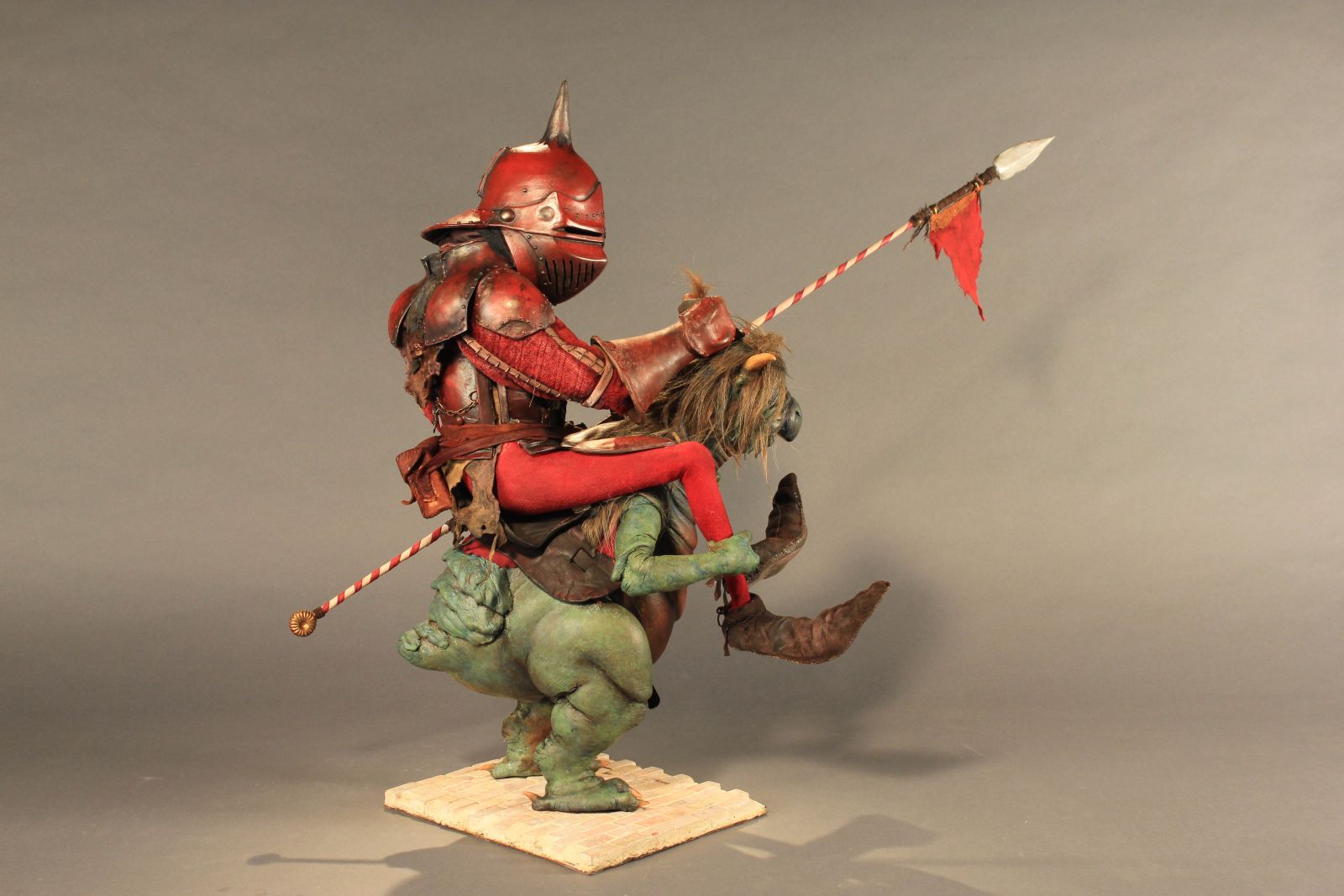 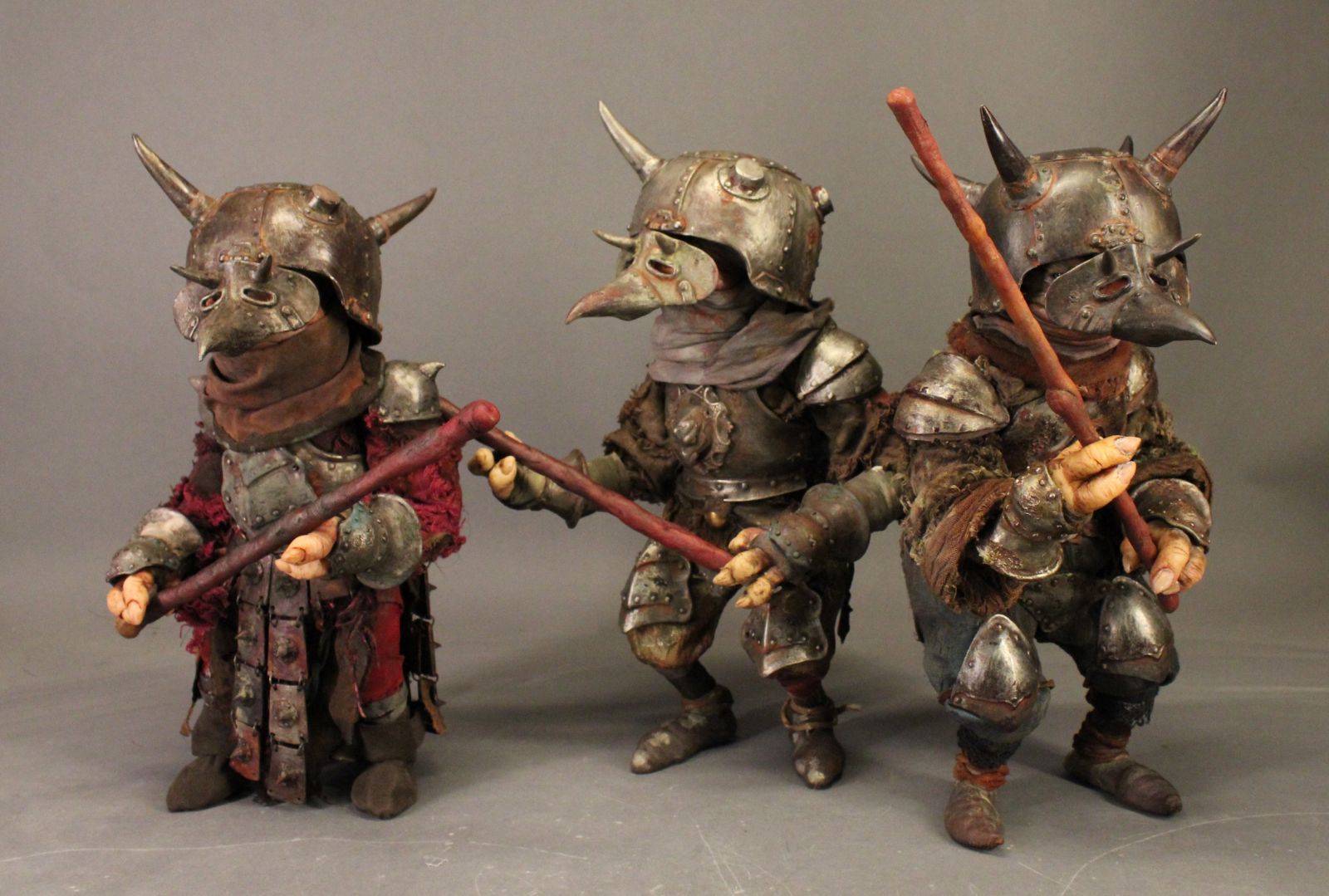 From what I’ve seen, even it being my first time as apart of the event, it seems like it helps young artists, it gives them the inspiration to follow their creative path in the industries they seek.

I am currently working on the newest film in pre-Production from Laika. having finished my part inLaika’s other projects. The Studio is filming Kubo and the Two Strings at the moment and will be released next year. I have just finished as creature designer and builder for a new horror film due out next year based on a book by Dan Wells. A film by Billy O’Brien called “I am not a Serial Killer”.