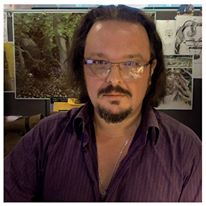 Artist Spotlight is a place to showcase new artists as well as revisiting talent.  Enjoy this interview sharing the stories about their work, career, and process for navigating the winding road that artists must take in order to become a professional in such a creative, respected, and sought after career.
This is the artist Manu Arenas.   For more about this artist visit their CTN Profile:    CLICK HERE
Can you first tell us where you are working now and how you landed there?
I’m working at Walt Disney Animation Studios here in Burbank. I joined the Art department in 2013. I work as a Visual development Artist on many productions. Zootopia is the first of the productions to be released that I’ve been really working on.
Back in 2010, I was still in Europe, in Hamburg, Germany actually. I was working as a production designer for several european animation productions including the movie “the Gruffalo” the movie was nominated for the academy awards best short animated movie that year and I guess that gave me some bigger exposure in the US. That year I was also publishing the first comic book of my “Yaxin the Faun” alter-ego life: “Gabriel the Faun-Canto 1”.... my work as “comic” artist was already well known and the publication world and was a big success especially among my peers. Walt Disney contacted me after that, they were interested in working with me. What I did , remote, as freelancer from Germany. I visually developped studio project as “the King of the Elves” followed by some development for Zootopia till 2011-2012. Then the Studio offered me to relocate to California with my family which I did in 2013. That how I got here.
What was your path to Animation? Were you always interested in animation or fine arts growing up?
I guess I was a born draftsman, always loved it. I was born in Brussels. The city was the mecca of the “bande dessinées” the european french-belgium comic book. I always loved that art, because for us it is nothing else but pure a Art form. By extension it is media based on sequential visual storytelling combined with a sense of design. To tell stories with a pencil...I loved , of cinema, I wanted to create those visuals but the money was a problem. My love for fine arts, the draftsman skills and moving pictures led me into the traditional animation form.
Where did your path lead you from there?
I was never interested in being an animator. What drove me to was to draw and to direct pieces of story, to design more worlds or universes than stories. What I loved in cinema was always the design, production design and cinematography combined. With animation I found I could do it just by drawing everything. Back at the end of the 70’s, in Europe, the tv programing for youths was centered on airing adaptations of classic youth literature books produced by japanese studios and basically financed by german and french production. Two tv series that change my life when I was 12-14 years old were “Heidi” and “Marco”... the style and paste of those two long serials blew my mind and shaped my artistic taste for ever since. ( at the time, I did know that the director was Takahate and the designer was Miyazaki) that was revealed some year later when by chance I watch a taped copy of Nausicaa in 1985-86. 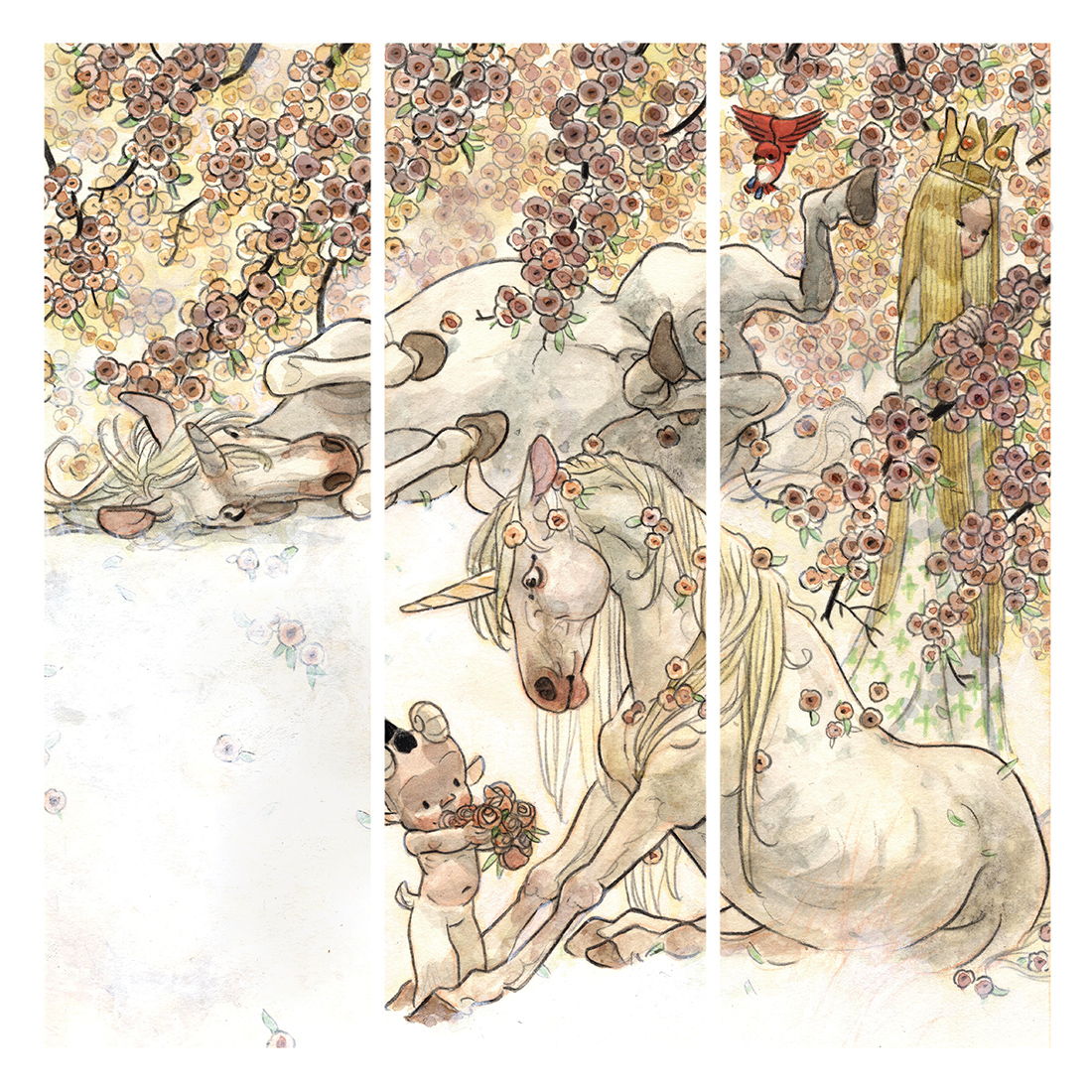 Along those tv animes, my influences were entirely european and comic book leads by a comic -rock magazine “Metal Hurlant” and a genius call Moebius (Jean Giraud). 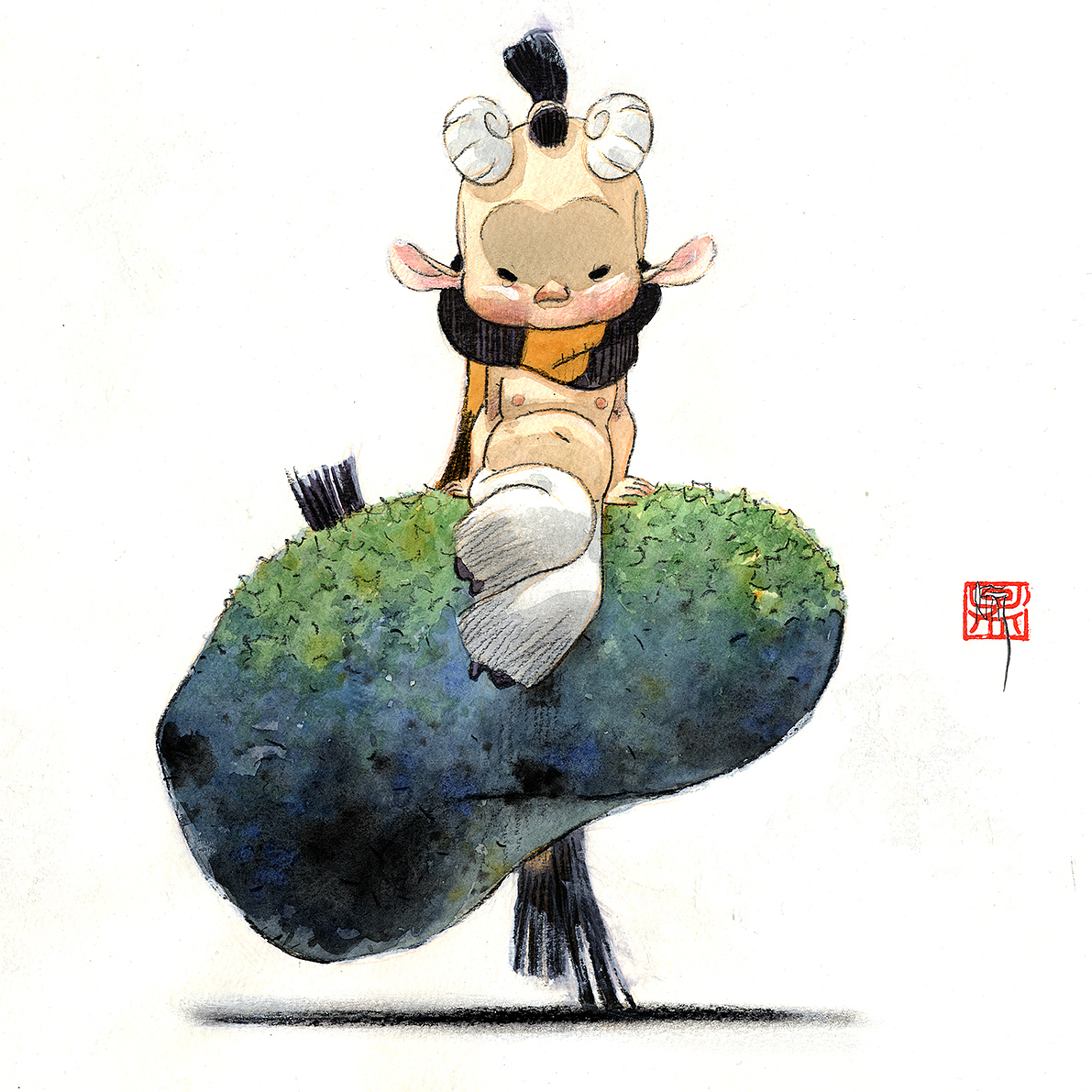 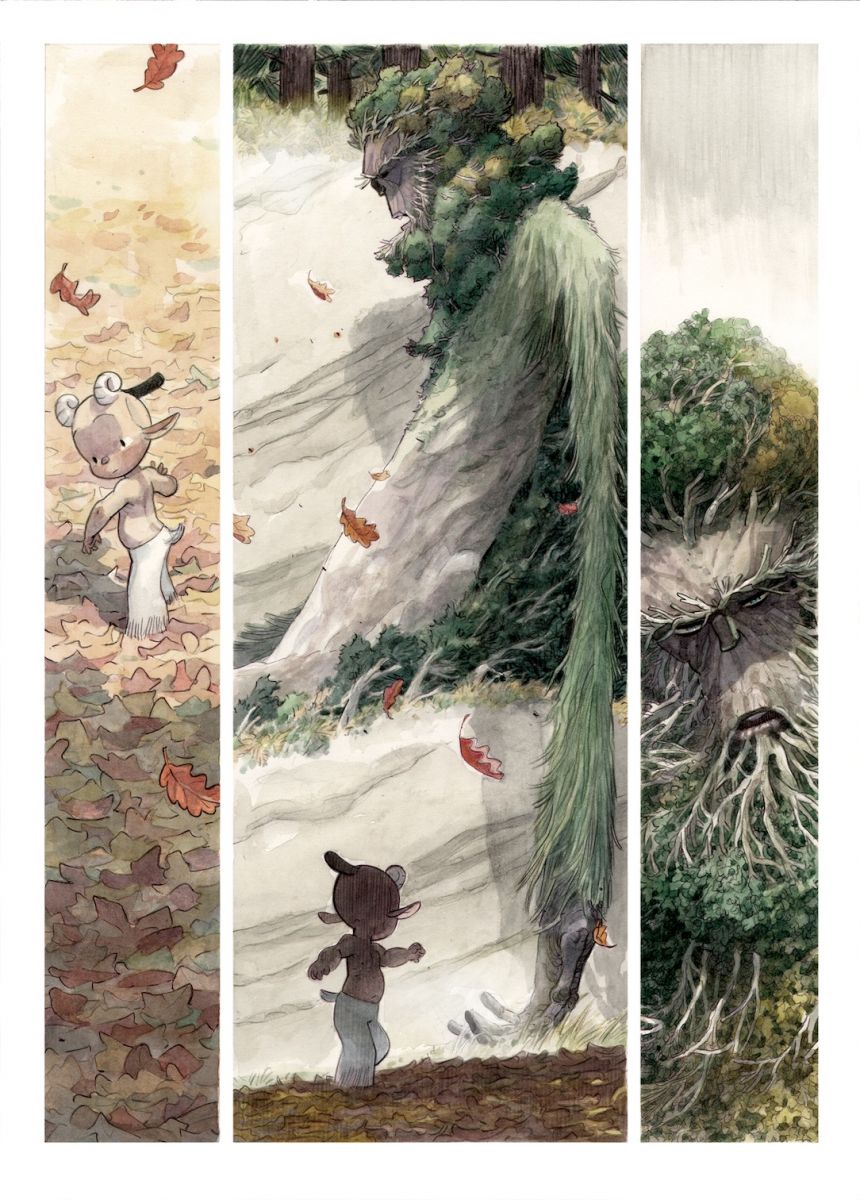 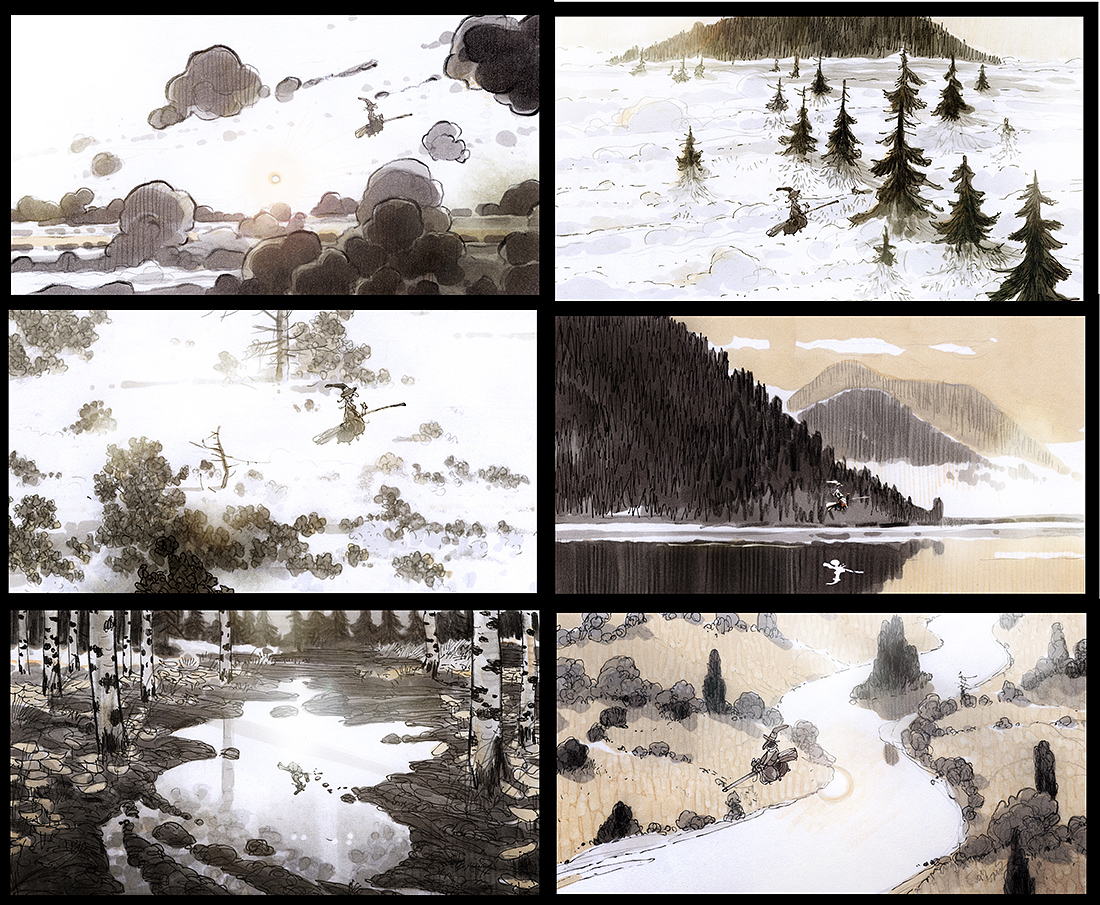 What were your artistic inspirations growing up and how did they change over time?
At the age of 8 my parents gave me the Preston Blair book “ How to animate film cartoons”. This book and it’s 38 pages struck me deeply, it became my ‘Bible”, not so much for the animation itself or because it was the Walt Disney Style, but because the book explains very well how to build or design characters and explains it in very simple sketches how to make a layout, a background, and a shot in animation with the vertical camera. I spent months reading and copying the pages until I knew them by heart, it was a significant moment that sparked my desire to make movies because for me animation has always been one of the many ways of making films. It was clear that I wished to be a cartoonist, but above all, I wanted to be a cinematographer, the position in a film crew that interested me the most and that made me dream. At that time to study cinematography was way to expensive for my parents so I had to give that dream up. At the age of 15 I had the artistic skills needed and was able to enter the Academy of Fine Arts with the 18 year olds.
The Animation artists who influenced me the most are all Japanese. First of all are Isao Takahata and Hayao Miyazaki with great shows like “Heide”,“Marco”, “Anne of the Green Gables” and later “Conan, Son of the Future”. They impacted me very early and they have forever shaped my way to see the animation. Besides I truly think that the visual style of the Studio Ghibilis, and the comic book style called “Linge Claire” of the Belgin school, has such as Herge’. My favorite animated films are still “ Only Today” and “My Neighbor Totoro”. 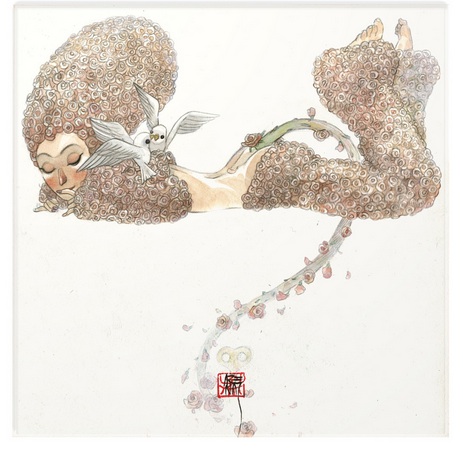 Are there things about the industry that CTN has helped open up?
I met a lot of people in the industry already when I went to the gallery so the expo is going to be a good place. 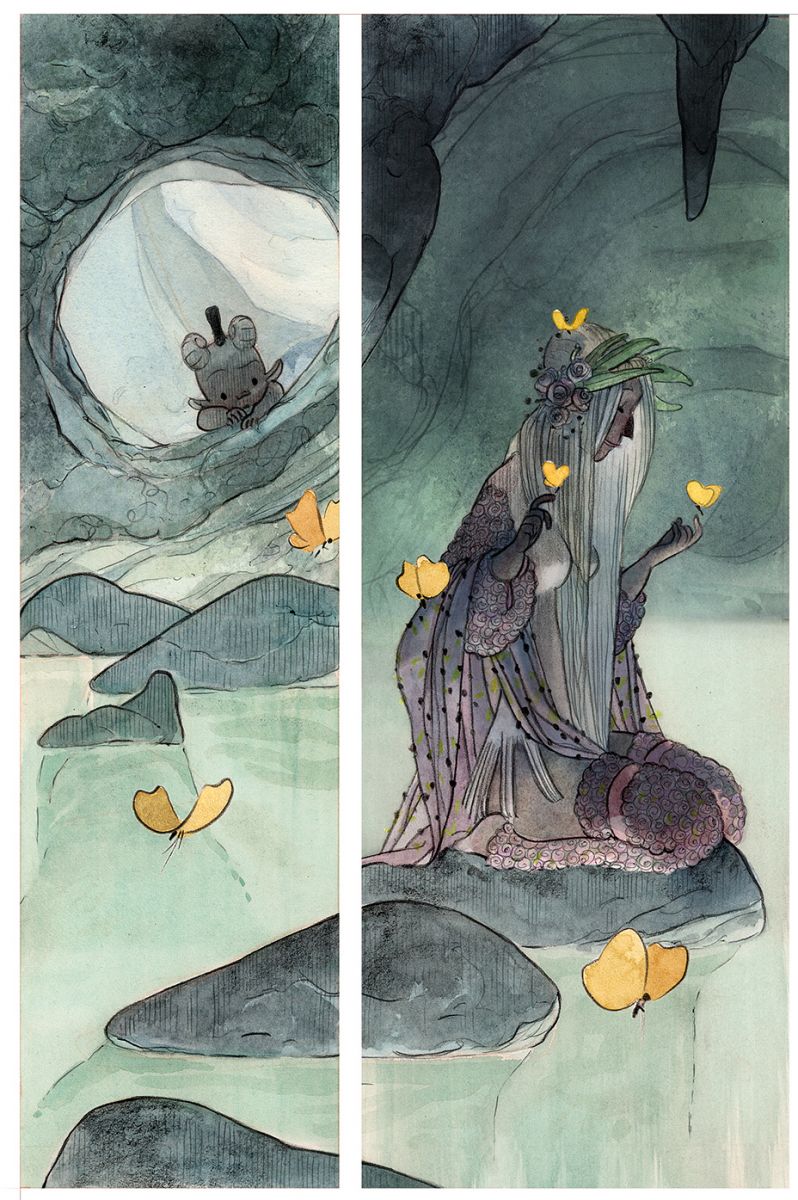 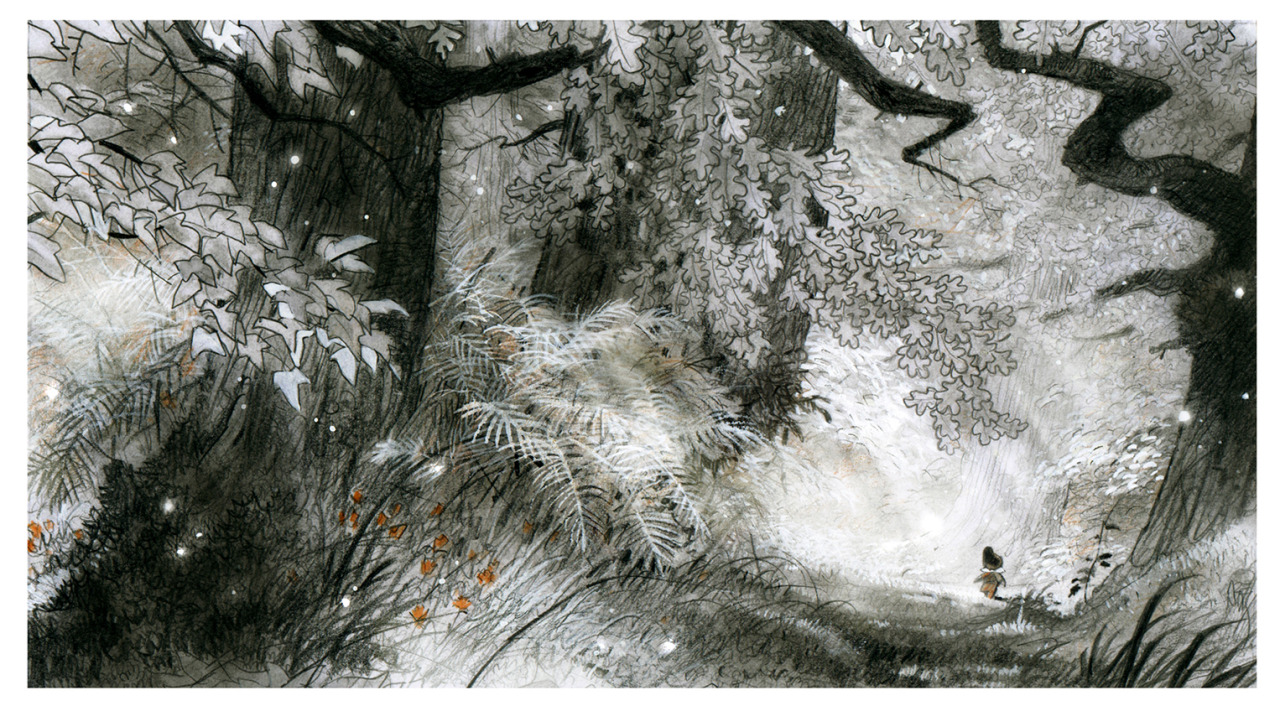