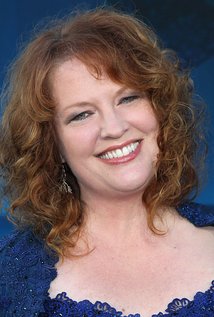 Artist Spotlight is a place to showcase new artists as well as revisiting talent. Enjoy this interview sharing the stories about their work, career, and process for navigating the winding road that artists must take in order to become a professional in such a creative, respected, and sought after career.

This is the artist Brenda Chapman.  For more about this artist visit their CTN Profile: CLICK HERE

Can you tell us about your path in the early days of your animation career??

'Persistence pays off' – that's how I describe my path in the animation industry from studying at CalArts, heading up Disney's story department as first female animated feature director on DreamWorks' The Prince of Egypt, then following it up with Pixar's Brave.

At CalArts, I made a decision to concentrate on story ("everybody who studies there usually wants to be an animator,") and that ultimately led to a position at Disney. One of the first tasks at the studio was actually a test. "I had to do this short about Mickey Mouse and his dog Pluto," recalls Chapman. "It was about a down and out Mickey Mouse who lost his job and Pluto had to have surgery. We had to figure out how Pluto suddenly has to have surgery and have Mickey figure out how to raise the money to do that. It was awful! But I did it and I got some really good feedback from the other story artists and directors so they kept me on and I got to go onto The Little Mermaid, which was awesome."

"After Little Mermaid, Disney liked my ideas that I was putting into the boards but I needed to be able to draw them better," adds Chapman. "So they put me in clean-up on Who Framed Roger Rabbit. I spent a lot of time drawing Benny the Cab and the Weasels, trying to match the Weasels' feet to oil spots on the road so they didn't move around on the road. It was great! But it was tough work. I was like, get me out of here!"

Where did your path go from there?

I requested a move back to story, soon moving onto Beauty and the Beast where I helped craft scenes of Belle bandaging the Beast, in which I made the character uncharacteristically yell back at her patient, as well as the dramatic ballroom dance sequence which made use of newly developed CG imaging techniques allowing for grand camera moves.

After that came The Lion King. On this film Chapman was appointed head of story. "What does head of story do?," I am often asked. "Well, on Lion King at first I was still a story artist but soon I found myself in all the meetings with the directors to discuss the structure of the story and the character arcs and seeing it more as a whole, as opposed to just working on one scene or sequence at a time. I helped the story artists stay on track."

I storyboarded, along with Chris Sanders, the Mufasa's Ghost sequence in the film where Simba's dead father re-appears to him. That was a fun sequence and it has such a memorable line, 'Remember, remember, remember'. That line was originally supposed to reflect a scene after Mufasa rescues Simba from the elephant graveyard which hadn't been written yet. We just knew that Mufasa was going to impart some wisdom to Simba that he would remember later. So then I was writing the Ghost scene and I had Mufasa saying, 'Simba, you have forgotten me. You have forgotten yourself so therefore you have forgotten me.' Well, I kept writing 'remember' to to make sure we were echoing what Mufasa had said to Simba, but the 'remember' just stayed in and we didn't need to put exposition in there, because people would remember what was in that scene. So we ended up having this ending 'Remember , remember, remember' which was kind of funny because it wasn't meant to stay in at all." 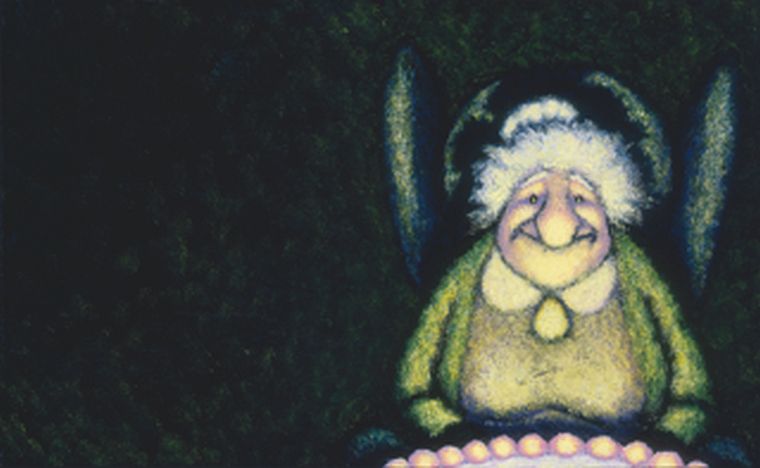 Your career then moved you to Dreamworks, how did that lead to you directing your first animated feature?

I had moved from Disney to DreamWorks not as a director but to help build the new studio's story department. When asked to direct The Prince of Egypt I actually declined. I said, look, I know story, but I don't know about other parts of the process. Some time went by and Jeffrey said, 'Brenda, we haven't found anybody so you're directing until we do.' Then I started working with the development artists and realized I really liked it and didn't want someone else to take it away and make something else of it.

Formulating the right kind of Moses story would be something that took time. At one stage there was a notion that it could be a real comical movie with the Egyptian priests. But it just didn't feel right. Yes they were a little funny, but we didn't want to make it the 'whacky Moses movie'. 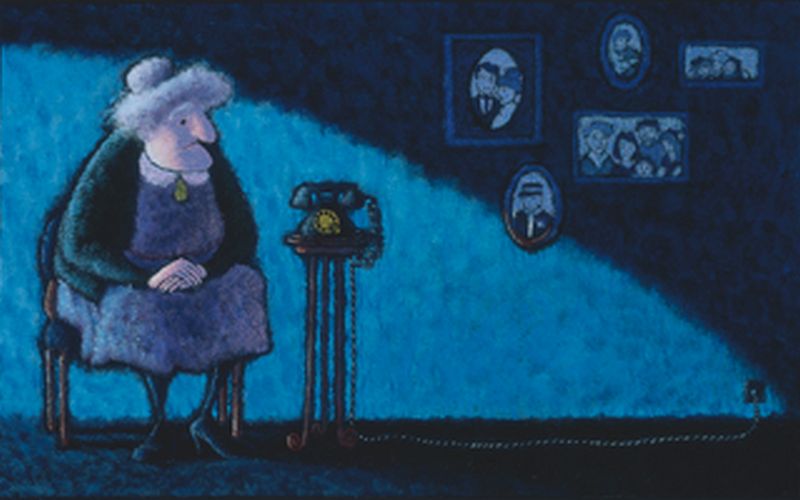 As a director for animation what is the factor you focus on most?

The story still. The visuals always have to support the story, so story is to me always the key, you can have these amazing looking films but if you don't have a story that you can follow or relate to, you're going to forget it. The effects and incredible paintings and artistry then let us open up the world. I remember when our artists discovered the ability to make the walls and inscriptions feel like it was chiseled, which gave you a shadow for the hieroglyphics nightmare sequence. That was like, 'Oh my God! Look what we can do.' Everything was exciting at the studio."

In Brave (2012), a young Scottish princess named Merida rallies against the traditions of her kingdom by shunning her impending betrothal. Merida later meets a witch who causes her mother to turn into a bear, with the princess calling on all her strength to reverse the spell before it becomes permanent.

Brave was Chapman's idea, one that she was able to work on at Pixar. Pixar had the reputation of creating original content within the studio, so that was very appealing. They encouraged me to start thinking about story ideas. John Lassetter (Pixar's chief creative officer) was realizing he had all these great films for boys that all his nephews loved but he had nothing to show his nieces." 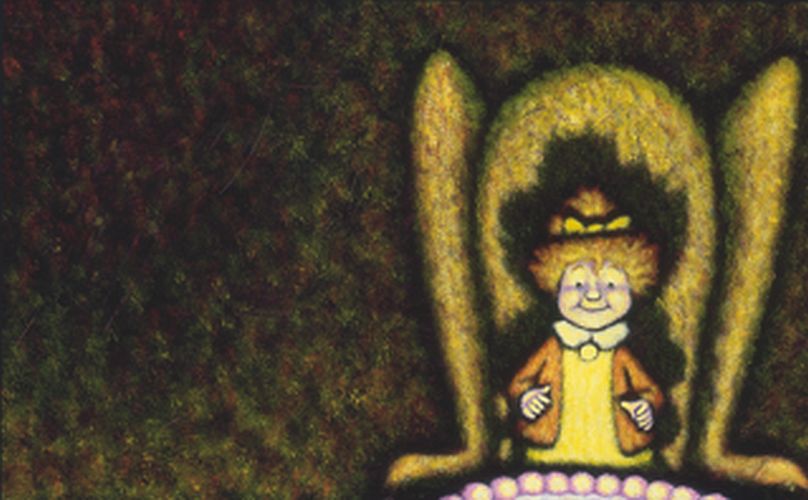 How did the idea of the film Brave you created come alive for you?

My daughter was four years old and she was really giving me a hard time. We'd have arguments every day before I came to work so she'd be in my mind the whole time. I thought, I was never like that when I was that little - she was like a teenager at four years old! That's when Merida was born for Brave. That concept of a mother and daughter who keep butting heads just started really overtaking my creative process. I knew I wanted to do a fairytale but turn the typical fairytale over on its head, especially the princess. The story of Brave came out of three loves, my love of fairytales, my love of Scotland, but mostly the love of my daughter.

How did the process of creating Brave change over the time of it's development?

As production continued on Brave I increasingly found that I was in disagreement with Pixar on the direction of the film, which came to a head when she was removed from the project and replaced by director Mark Andrews. However it still feels like the film is very much my vision. There are some things I would have handled differently but for the most part, things that I was told to cut out before I left ended up back in the film. That was satisfying to know that they needed those parts. And I think Mark did a fantastic job maintaining what I was trying to do."

Andrews and I won the Academy Award for Best Animated Feature for Brave. It was a bittersweet moment, they had tried to cut me out of the entire publicity process which didn't quite work. I wanted ownership of the film because I made it for my daughter. That was the most important thing for me – it was less about the publicity. Then at the Oscars that was just incredible. I took my daughter with me, she was so excited. And being able to get up and say that she inspired Brave, I mean, wow." 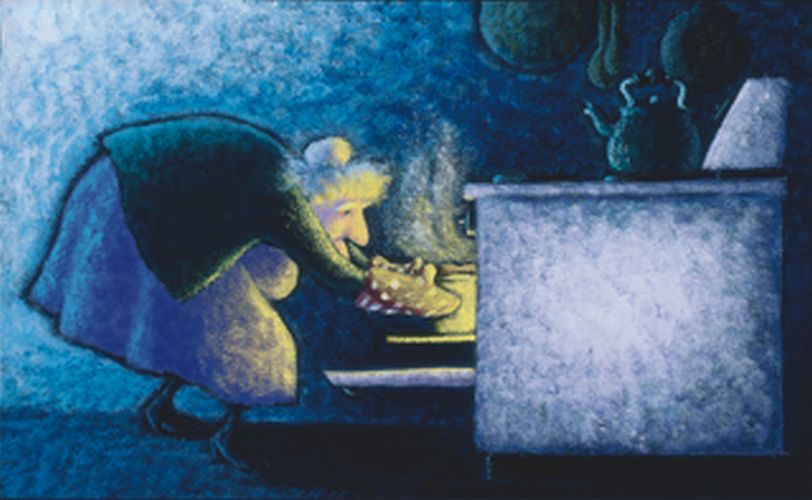 You are also working on a children's book. Can you tell us a little about the story you are developing? Can you describe the process?

My children's book has been in the making for nearly 30 years. It is an adaptation of my final student film at CalArts. It is about an old woman who is alone on her birthday – and how she defies self-pity. It's a picture book.

I actually enjoy having several projects to work on. When I hit a wall or get so deep, I can't see the forest for the trees, it helps to turn to another subject matter for a little while so that when I return to a story, I can look at it with a fresher eye.

Another issue I have is that I have been trained to edit for length in the film industry. A script or a storyboard has to get to the point, because the movie has to play within a certain amount of time. Rule of thumb is "a page a minute." We have to cut out the shoe-leather. Whereas in a book, you can have the luxury of describing the sounds and smells, how the light plays on the surrounding world, how the character feels and what they are thinking, etc. I took a creative writing class about 5 years ago, where the teacher kept telling me she wanted "more!" I was always cutting to the chase – literally. It has been difficult to allow myself the luxury of words. But it's so pleasurable to try!

I find storytelling to be intuitive. Each story has it's own life, whether film, children's book, memoir, novel or whatever other type of story one can tell. Whichever I am working on, I follow my gut.