Mike Giaimo Talks the Art of Eyvind Earle: Sleeping Beauty and Beyond

With Eyvind Earle's 100th Birthday on April 26th and the conclusion of the "Winter Scenes" exhibit at the Center Stage Gallery and culmination of the Eyvind Earle Xmas Challenge (http://us6.campaign-archive2.com/?u=bfc03962433f8a79d26236c9e&id=996ca01bd6), it's the perfect opportunity to dig deeper into Earle's art with Mike Giaimo, the Annie Award-winning art director of Frozen, who was subliminally influenced by Earle's elegant old world style from the moment he saw Sleeping Beauty (1959) as a youngster.

Earle joined Disney in 1951 as an assistant background painter and created the experimental background painting on the Goofy short, For Whom the Bulls Toll; two years later, he created the look of the Oscar-winning Toot, Whistle, Plunk and Boom. Earle worked on Peter Pan, Working for Peanuts, Pigs is Pigs, Paul Bunyan and Lady and the Tramp before his masterpiece, Sleeping Beauty. He left Disney in '61
Giaimo, who attended CalArts with both Pixar/Disney chief creative officer John Lasseter and Frozen co-director Chris Buck, first joined Disney in '78, left in '86 and returned in '92 for Pocahontas. He returned nearly 20 years later to work on the Oscar-winning Frozen, which became a billion-dollar phenomenon.

Bill Desowitz: Walt Disney shrewdly used The Art of Animation by Bob Thomas along with the traveling exhibition to help promote Sleeping Beauty. How important was that book in terms of showcasing Earle's art?

Mike Giaimo: I still say it's the best book on how Disney 2D classic animation is done. No other book comes close to capturing what it was like to be at that studio, how the process works, the departments you go through and the guiding of you through the process. He did a brilliant job. And I got the book in '67 so I knew who Eyvind Earle was because of that book. There's a small chapter devoted to him in the back. So at a pretty early age, I kind of knew who he was. I wasn't aware of style but I knew there was a distinctive touch. And that I was attracted to it? 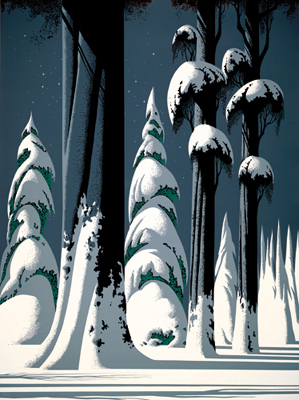 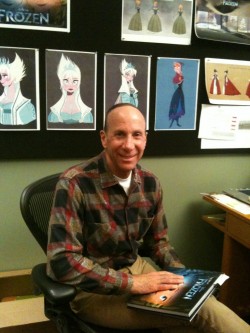 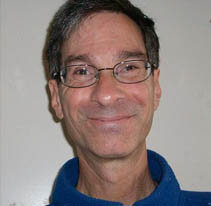 Bill Desowitz: is Crafts Editor of Indiewire (www.indiewire.com) and the author of James Bond Unmasked (www.jamesbondunmasked.com).